It is understood that birds migrate within known corridors and that their movement is somewhat predictable. Evidence from the peer-reviewed report Nocturnal Avian Migration Assessment of the San Gorgonio Wind Resource Study Area, Spring 1982 (McCreary et al., 1982) suggests the Chuckwalla Valley and Desert Sunlight project itself is within (or very near to) a migratory corridor. Anticipating problems that could arise from the potentially huge numbers of birds moving at night are very difficult to assess and predict.

Baseline mortality rates are unknown in most areas of the Mojave and Colorado Deserts, as are actual risks posed by utility-scale photovoltaic projects. Ironwood, Corvus, First Solar and the wildlife agencies are concerned about potential project impacts to birds and bats and are focused on assessing the situation.

Agencies are notified within 24 hours of every single avian mortality and/ or injury event. Additionally, all avian incidents (mortality, capture and release, and injury) and the locations of these incidents are included in publicly-available quarterly and annual reports submitted to the BLM .

The first documented avian mortality event at Desert Sunlight involved a House Finch found within the on-site retention pond on September 12, 2011. From September 12, 2011, through November 2, 2013, there have been 128 documented events resulting in mortality, capture and release, and injured birds being sent to the Coachella Valley Wild Bird Center for rehab. In one event a bird was able to take flight and leave under its own power. While the majority of mortalities have been documented on the solar farm, mortalities have also been documented along the gen-tie line. 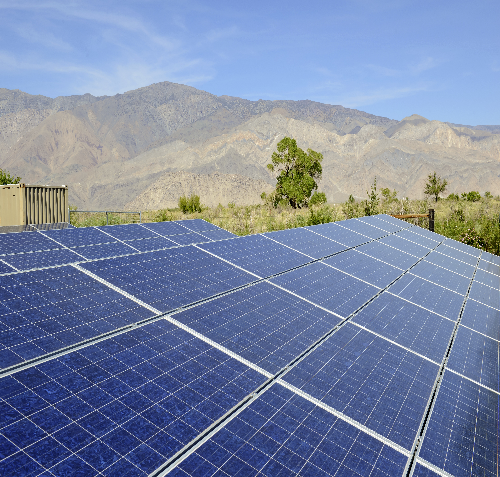 There have been a few especially unfortunate events. The first was when a deceased, federally endangered, Yuma clapper rail was found onsite. There are known clapper rail populations along the Colorado River and within the vicinity of Salt Creek along the northeastern shore of the Salton Sea (both greater than 60 kilometers from the project) but this event was especially interesting there is no suitable habitat for this species in Desert Center and they are not known to be migratory. It is possible this bird was travelling between the Colorado River and the Salton Sea. No clapper rails have otherwise been detected onsite, but most birds migrate at night and our surveys are done during daylight hours.

A second anomalous event took place onsite when four brown pelicans turned up injured (1) and dead (3). The first was found dismembered and was either predated or scavenged on July 10, 2013. The second was found deceased the following day and the third was also found deceased two days after the second on July 13, 2013. The last was found alive with no signs of physical trauma on July 31, 2013. The bird was successfully released. Notably, all four birds were juveniles.
Additional brown pelicans were found deceased elsewhere in the area. At least one bird was found on the Genesis project which is closer to Blythe, CA, one was found in open desert, and one was found along I-10. Larry LaPre, a biologist with the Bureau of Land Management,  reported higher numbers present at the Salton Sea during this timeframe. The Coachella Valley Wild Bird Center also reported higher numbers of juvenile brown pelicans brought to their center around the same time.
Along with the unfortunate mortalities it is important to note that we have also been able to catch and release birds found onsite. Nine birds have been captured and released locally at Lake Tamarisk, one bird flew away on its own, and six were found injured and taken to the Coachella Valley Wild Bird Center located in Indio for rehabilitation.
At this time, no formalized avian mortality studies have been conducted with the exception of a multi-agency carcass search that took place between October 28th and November 1st 2013. This intensive survey was led by the US Fish and Wildlife Service’s migratory bird office and resulting in finding three mortalities and one injured bird during the four days of surveys – many Ironwooders participated in helping agency personnel navigate the site in electric carts and on foot and were the ones to find all of the birds, so way to go!
An agency-required avian mortality plan is being created for the project. This formalized study will be appended to the project’s Bird and Bat Conservation Strategy (BBCS). The details of the avian mortality study have yet to be finalized and a partial trial study will be done on November 6th to test proposed survey methods. A formalized study cannot be implemented during the construction phase of a project due to variable conditions (which cannot be controlled for) within the study area. The study will assess the risk that this project places on bird and bat species and attempt to quantify mortality rates.
Desert Sunlight is different from the projects that will be starting in Primm due to the locality and proximity to a known migratory corridor. The BBCSs for Silver State and Stateline are currently going through seemingly endless revisions with a variety of federal and state agencies, as well as First Solar.
The overall goal of the BBCS is to assess, minimize and mitigate potential risks. These documents will become guidance for construction crews and the Ironwood bird crew on the sites the project is approved.